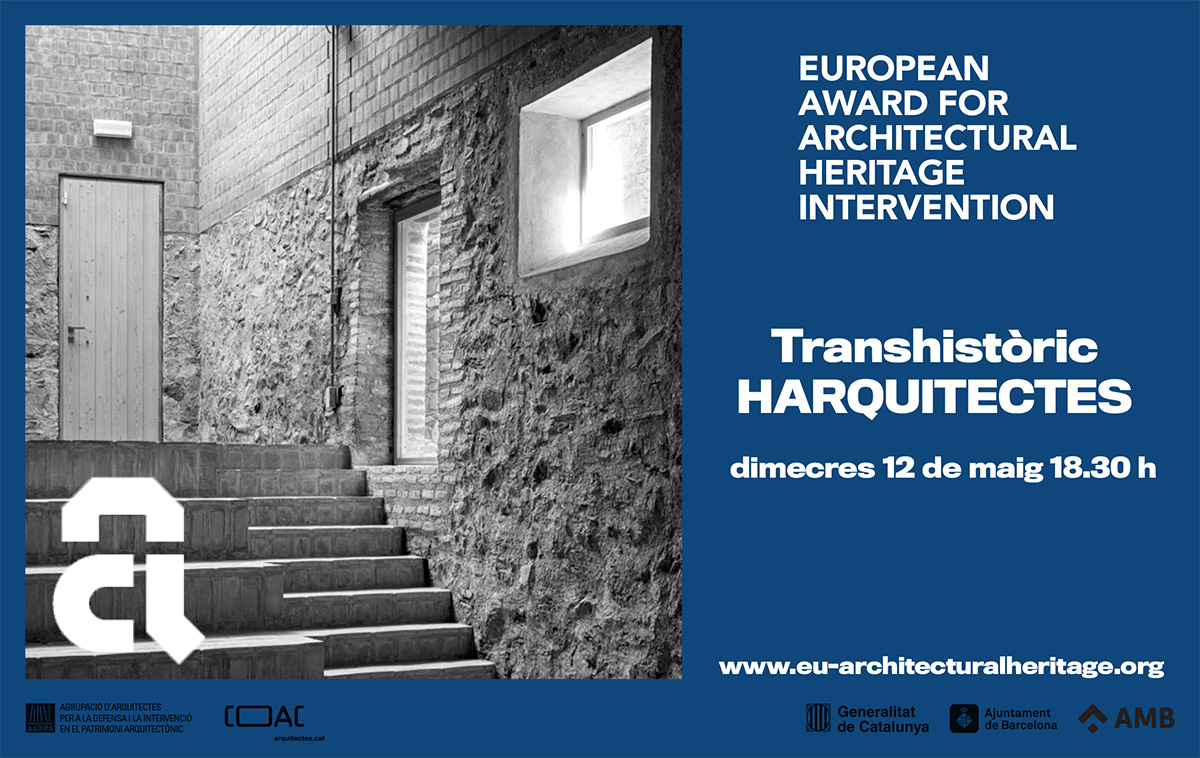 On Wednesday May 12 at 6.30 p.m., within the framework of the program for the fifth edition of the Barcelona Architecture Week, the European Award for Architectural Heritage Intervention is organising a double-themed event. On the one hand, Roger Tudó, partner of the award-winning Catalan practice HArquitectes will give a conference entitled "Transhistoric" where he will present his approach to action strategies in relation to pre-existence and heritage. On the other hand, during the meeting, which can be followed online, the book-catalogue of the 4th edition of the contest, held in 2019, will be presented.
The European Award for Architectural Heritage Intervention is participating, for the third time, in the Barcelona Architectural Week, an initiative organized for the fifth consecutive year by the Barcelona City Council, the Architects’ Association of Catalonia (COAC) and the Mies van der Rohe Foundation, in collaboration with Barcelona Building Construmat and ArquinFAD, and which offers a wide range of proposals related to the world of architecture and the city.
The evening, which will take place on May 12 at 6.30 p.m., within an online format and open to everyone, will begin with the presentation by the Award's management team of the book-catalogue for the fourth edition of the contest held in 2019, in which 239 participants from 23 different European countries took part. After this introduction, the conference will be given by Roger Tudó Galí from HArquitectes, the award winning studio of the 4th edition of the contest with the work, Lleialtat Santsenca Civic Centre and in representation of the jury for the fifth edition in Category A. Having just won alongside his studio partners and the Swiss studio Christ & Gantenbein, the international competition for the expansion of the MACBA, Museum of Contemporary Art of Barcelona, Tudó will talk about the strategies and how to approach projects in relation to pre-existence and heritage, in the presentation entitled: “Transhistoric".
The European Award for Architectural Heritage Intervention has recently closed registration for its fifth edition with record participation levels. With almost 300 applications it has grown 25% compared to the 4th edition. On June 17, 2021, the winners and finalists will be announced during the V International Biennial for Intervention in Architectural Heritage AADIPA, an event that will have Equatorial Guinea as a guest country, and which, this year, coincides with the celebration of the tenth anniversary of the contest.